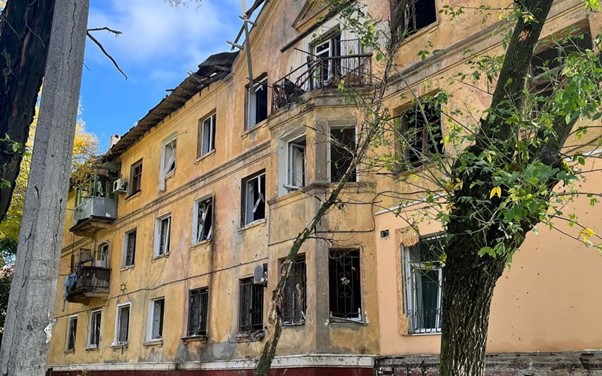 PODCAST: How Ukrainians and Iranians Reject the Victim Mentality So Prevalent in Russia and the USA.

The cultural workers can be helpful to the state not only as volunteers outside their sphere, but also by continuing their professional activity. Here is the story of a school theatre from Lviv that performed in the US and raised 30 thousand to purchase a fighter jet for the Ukrainian army.

I once worked briefly for an English baron whose wife had been Sir Winston Churchills last private secretary, so I have heard some stories about the legend. Still, I do not know if this clip from The Darkest Hour, with Gary Oldman as Churchill, is true.

Andrii Zozulya, the head of the Halytskyi district administration of Lviv, talks in our studio about the preparation of the Lviv old city for the winter, inspection of the shelters and expectation of the second wave of refugees.

The state plans to build a modern biofuel boiler house in Lviv, aiming to provide heat for one-fourth of the city. Amid the threat of Russian attacks at Ukrainian energy infrastructure, this is one of the decisive steps to maintain the security.

RADIO PODCAST: War is Not a Pop Song Turning Emotions of War into Music.

RADIOPODCAST: "Joseph Lindsleys reports are enlightening, frightening, heart-wrenchingly and poetically descriptive. Much gratitude to you, also, Bob, for sharing his phenomenal word images with your audience." a WGN listener.

Inevitable cauldron for the occupier forces in Lyman and explosions in Mariupol. Summary for now:.

PODCAST: What effect does adrenaline have on immunity?.

Our key task now is to coordinate actions with partners in response to sham referenda organized by Russia and all related threats. This is not 2014. Everything is clear for everyone. And there will certainly be actions.

Since the beginning of Russias full-scale invasion, about 7,000 restaurants and cafes have closed in Ukraine. At the same time, more than 2,000 new establishments have opened, mostly in western Ukraine.

The worlds lightest prosthesis, weighing no more than 675 grams, was given to 33-year-old Yurii Bakhir, who lost his arm as a result of a mine-explosive injury.

The release of the "Azov" fighters from Russian captivity and the mobilization in Russia happened against the background of Putins nuclear threats. Military observer Oleh Zhdanov thinks its strange and might seem a dictators game.

I do not think he is bluffing President of Ukraine Volodymyr Zelensky about Putins threats to use nuclear weapons on Ukrainian territory in an interview with CBS.

Russia attacked the Odesa region with kamikaze drones at night.

The participants of the pseudo-referendum in the temporarily occupied territories of Ukraine throw empty ballots.

PODCAST CLIP: Do you ever think about life after the war?.

PODCAST: What are UN leaders at the General Assembly forgetting to say about Ukraine?.

Despite another 300 thousand troops that the enemy is preparing, Ukraine will win, military expert Petro Chernyk says. He names three factors to enable this: common sense, patience and a huge number of Western weapons.

Ukrainian Defense Minister Oleksii Reznikov stressed that the Russian automobile plant Moskvich plans to produce 300,000 vehicles a year, and the same number of reservists will be mobilized.

The Russian invaders launched nine missile strikes at Zaporizhzhia and its suburbs Deputy Head of the Office of the President Kyrylo Tymoshenko.

Russian invaders claim the shelling of a covered market in Donetsk they blame the Ukrainian Armed Forces.

28 September: Heroes of Azov will meet their relatives. Details about mobilization in Russia 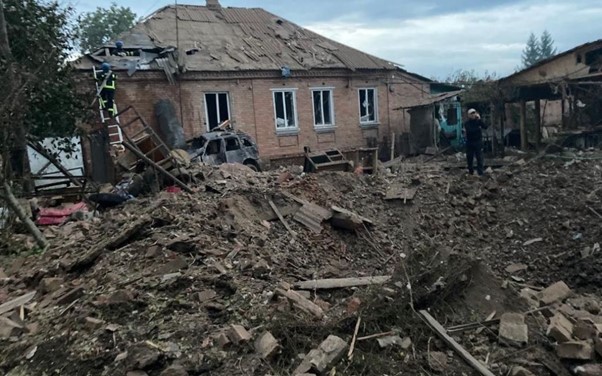 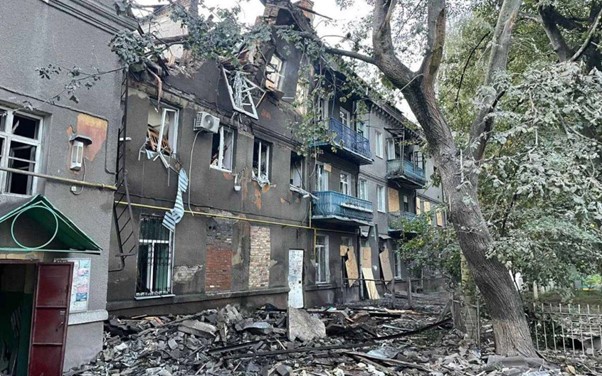